*Friday – July 25: Michael and I decided we wanted to go to Germany today. We went to the city of Aachen to have a look around and see what we could see. We spent some time in the city walking around, going inside some stores and just enjoy ourselves. We also had lunch at one of the nice café/diner’s in town. We sat outside as it was another warm and sunny day today. As we wondered through town afterwards, we saw this street musician who was really good. He had a drum strapped to his back which he operated with his feet, a mouth harmonica attached to the microphone and a guitar. He was a 1 man band and I quite enjoyed the music he played. I was amazing how he could manage all those instruments and sing at the same time. Watch the little video below that I took of him.


Michael at a Belgian Frituur in Germany...hehe and a beautiful old church 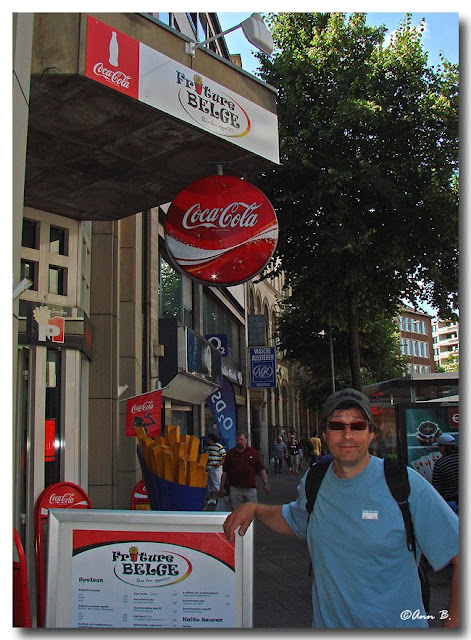 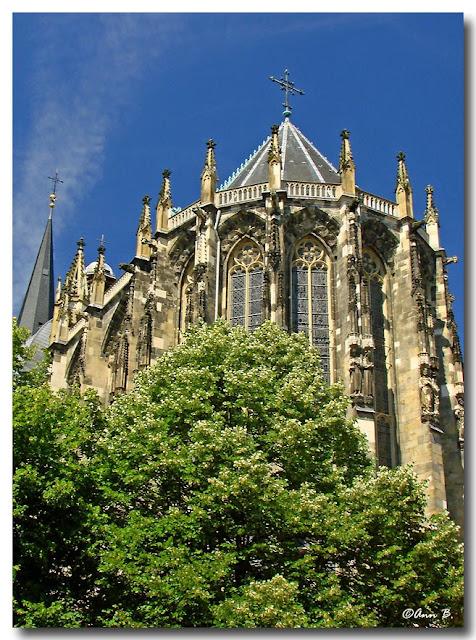 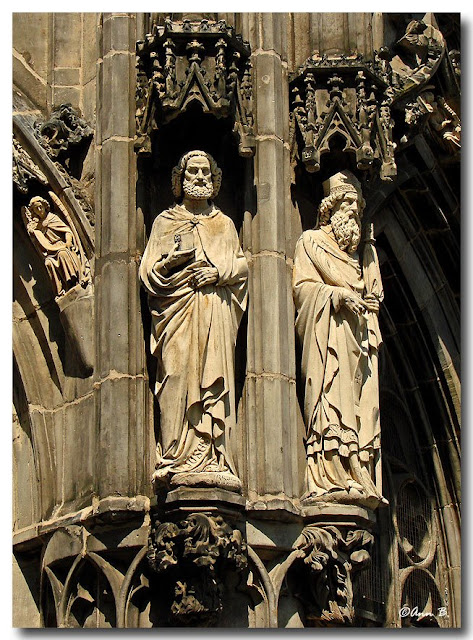 After that we headed back to Belgium and since we still had some time we stopped in the town of Bilzen to walk around at the Domain of Alden Biezen. A beautiful castle with a lovely garden. We enjoyed this as well and we were home close to dinner time. This evening we were invited to go to my cousin “Marijke” her 30th birthday party. We drove to my aunt and uncle’s place and walked from there to the place of the party which was only a skip and hop away. The party was really nice, they had a live band and I saw some people from a long time ago. My mom came along with us and she had a good time as well. We left here around 1.00am and had a good sleep. 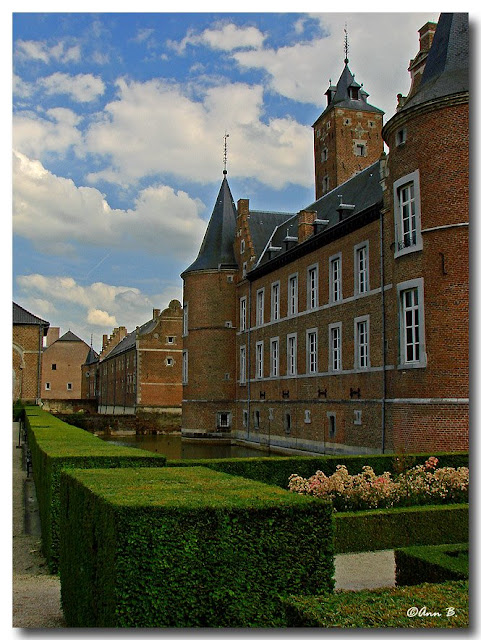 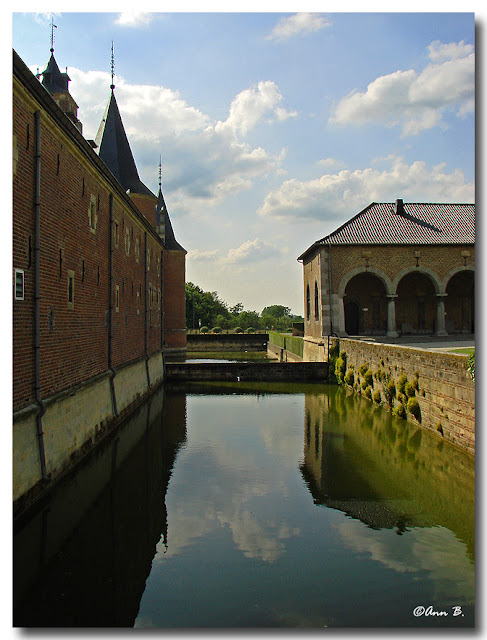 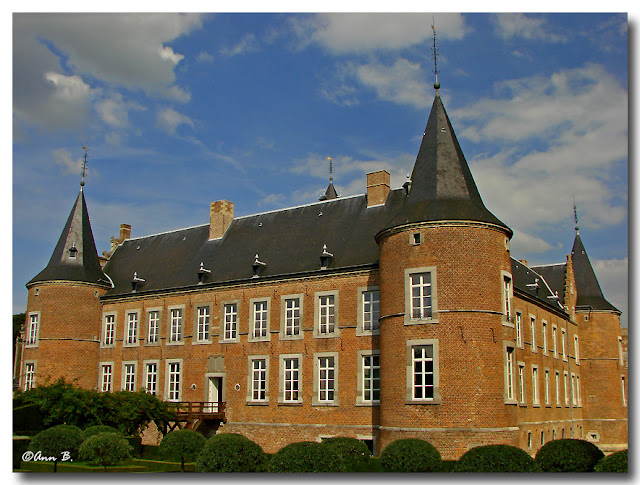 *Saturday – July 26: Today would be quite a filled day as well. It was pretty hot and muggy out today. In the afternoon we went to a baby shower of my cousin “Bart” who became dad of his second child. At this baby shower we saw all the family members from my dad’s side. It was nice to see all of them again, but it was so hot in there. Around 5.30pm Michael and I we went home as we had to be at Nadja & Matty’s place for dinner at 7.00pm. My mom would get a ride with my aunt and uncle. We went home, relaxed for a little while and off to Nadja & Matty we went. Nadja is our neighbour’s daughter and I have been in touch with her frequently after moving to Canada. We get along great! Her husband Matty is such a wonderful guy and Michael get’s along with him quite fine as he speaks really good English. That makes it a lot nicer for Michael. They have a 1 ½ year old son Maxim and Matty is teaching him English. It was interesting to see how Maxim would respond to Michael, he would say yes yes to certain things…so cute! We had a wonderful evening with pasta dinner, which was really good. We chatted the night away and went home around midnight. We had a wonderful time! We could have stayed longer but tomorrow we were going to go to Brussels, so we had to get up at the decent time.

This blog is in Flemish/Dutch only because I created it for my family and friends in Belgium (where I am originally from). This way they can have a little look into our lives here in Vancouver, Canada. If you may have any questions, please contact me! :)

If you want to leave a message or have questions, please visit my GUESTBOOK or E-MAIL ME!

More on who's visiting